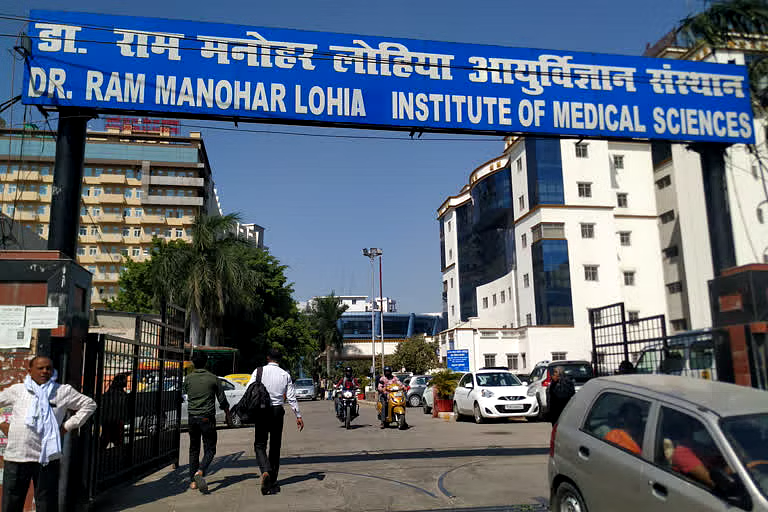 Dr. Ram Manohar Lohia Hospital, formerly known as Willingdon Hospital, was established by the British for their staff and had only 54 beds. After independence, its control was shifted to New Delhi Municipal Committee.In 1954, its control was again transferred to the Central Government of Independent India.

The hospital has grown over the years and is currently having about 1532 beds, spread over in 30 acres of land. It caters to the population of New Delhi and Central District, apart from patients from other areas and even from out side Delhi. It is having 94 beds in a Nursing Home for the C.G.H.S beneficiaries, including Maternity Nursing Home.

It is fully funded by the Government of India (Ministry of Health Family Welfare). No Emergency Patients are Refused treatment in this Hospital.

A non-invasive Cardiac Lab and a Cardiac Cath Lab exists in this hospital, in which facility for TMT, Echo-Cardiography, Coronary Angiography and Pace Maker implantation are available. Cardiothoracic and Vascular Surgery, Neuro Surgery facilities are available in the Hospital.

This hospital has round the clock emergency services in Medicine, Surgery, Orthopedics and Paediatrics. The facilities in other specialties are also available on call basis. All supportive services like laboratory, X – Ray, CT-Scan, Ultrasound, Blood Bank and Ambulances are available round the clock. A Coronary Care Unit and an Intensive Care Unit exists in the hospital for serious Cardiac and Non-Cardiac patients. The hospital has laid down disaster action plan & disaster beds, which are made operational in case of mass casualties and disaster.

In a year hospital provides services to about 18 lakhs patients as OPD cases, admits about 67000 patients in Indoor and about 2.75 lakhs patients are attended in the Emergency. About 10000 yellow fever vaccination and 915 delivery cases. Similarly about 5,000 CT Scan, 1.70 lakhs X-Ray cases, 28 lakhs laboratory tests and about 17,000 Ultrasound are done. Hospital conducts about 11,000 Major and 49,000 Minor operations during a year.

With the growth and expansion of medical facilities in the hospital, the establishment of the hospital administration has also increased to 3164. With this expansion of establishment, the administrative work has also increased. The sanctioned strength of Central Health Services & Non CHS, Group A Group B Gazetted & Non Gazetted, Ministerial Staff, Nursing Staff, Paramedical Staff and Group D staff with pre-revised revised scales are given at Annexure.