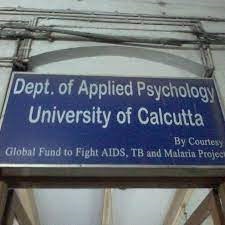 In academic arena in 19th century world context, Psychology was considered to be a new inclusion of Science. Wilhelm Wundt in the University of Leipzig, first realized the importance of studying mental states under certain special experimental conditions as a separate science. The closing years of the 19th century witnessed the appearance of a new branch of science which came to be known as “Experimental Psychology”. Impressed by its promise and progress, Sir Asutosh Mukherjee, who was then the planning head to introduce at the Calcutta University Post-Graduate course of studies in various disciplines of Arts and Science, decided to include “Experimental Psychology” in his list. At his request eminent philosopher Dr.BrojendraNath Seal, King George V Professor of Mental and Moral Philosophy of the same University, drew up the syllabus in 1905 after consulting the courses of studies of different Universities in Europe and America, and established a laboratory for demonstration purpose. Eleven years later this laboratory was upgraded as the first Psychology Department, theDepartment of Experimental Psychology.

NarendraNathSengupta, who chaired this department, had his education at Harvard University with Hugo Munsterberg, a student of William Wundt. Laboratory research at Calcutta in the areas of depth perception, psychophysics, and attention inspired early work at other centres. Recognizing the scientific nature of research, psychology was included as a separate section in the Indian Science Congress in 1923.

Thus, psychology in India at an early stage acquired the status of a science along with physical and biological sciences. The Indian Psychological Association was founded in 1924 and the Indian Journal of Psychology, the first psychology journal in India, appeared the very next year.

Before these experimental traditions could consolidate, Sengupta left Calcutta. He was succeeded by GirindraShekhar Bose.

He established the Lumbini Park Mental Hospital in Calcutta in 1940, and in 1947 brought out a journal ‘Samiksha’.

Starting from Calcutta University Department, Psychology in India has been expanding rapidly in 21st century. There seems to be the growth of Psychology in having a number of eminent research and clinical institutes in its developmental fold. The areas of research interests are covering the topics of Neuropsychology, Counselling Psychology, Social Psychology, Educational Psychology, Indigenous Psychology, Developmental disability, Media Psychology, Cross-cultural Psychology, studies on aggression and terrorism, in addition to continuous interest in clinical Psychology and Psychoanalysis. Teaching and research always remained the primary focus of the department, and good many scholars carrying on their doctoral research work every year and make important contributions to the discipline of Psychology. While the department started with a quantitative tradition following the then dominant trend in social sciences, but subsequent during last 2 decades responding to the paradigm shift in Social Sciences, significant researches are being carried out using qualitative research methodology.